Diagnosing the Various Rear Differential Noises Based on the type of noise produced by the rear differential, you can almost tell the cause behind it. For instance, howling noise which occurs during deceleration may indicate a loosened pinion-bearing pre-load. On the other hand, when the hauling noise is produced under acceleration, it may indicate worn out gears or gears out of alignment with each other. Whirring and rumbling noises at speeds of more 20 miles per hour usually result from worn out carrier bearings. In cases where pinion bearings are the issue, the degree of whirring noise is higher than that of rumbling. The reason behind this is the pinion bearings turn several times faster compared to the carrier assembly. Banging and clunking noises may point towards insufficient posi-traction lubrication, limited-slip clutches or broken spider gears. If unattended, the broken spider gears can immobilise the entire differential system causing a loud crunching sound. When a gear tooth is missing or chipped, the resulting noise is similar to that of a broken gear with the exception that the rear differential noise is only produced during deceleration or acceleration.

How to Fix Rear Differential Noise When ignored, rear differential noise can cause major problems or even permanent damage both on the ring and pinion. Due to the complexity of the rear differential system, it is recommended that its repair is left to the professionals. The only thing you can do is to ensure the differential is well lubricated to lessen friction and heat as well as make the movement of gears smoother and quieter. 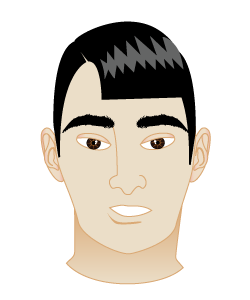 Do you love driving? Are you curious about the history of cars? Want to learn fun facts about manufacturing? Interested in the differences between automobiles in Australia and other countries? Looking for tips on aftermarket products? Want to keep your car safer, learn about maintenance and repair tips, or explore other car-related ideas? Then, you should check out these posts. This blog is my opportunity to really dive into my biggest life passion -- automobiles. I'm so happy, you're here for the journey, and I hope that my posts are interesting and useful to you. If you like these ideas, you can share them online. Cheers.

Warning Signs of Looming Engine Repairs Stemming From a Damaged Head Gasket
11 February 2021
Without a doubt, the engine is one of the most powerful systems in your vehicle. But despite its role as the heart of your vehicle, the engine is not …

How To Maintain Your Car
17 October 2019
Your car is a considerable investment in life. Do you want your car's value to drop? It is essential to ensure the vehicle is in its best condition to …

Absolute Power: Diagnosing And Repairing Common Power Steering Issues
14 November 2017
Power steering may once have been an expensive optional extra reserved for luxury vehicles and heavy SUVs, but with the average car becoming heavier a …